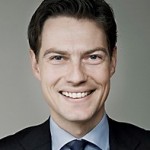 Lead and co-counsel in more than 10 international institutional arbitrations.

Partner in lawfirm Wikborg Rein from 2010.

Since 2010 assisted buyers as counsel in more than 10 gas price reviews. In this period he has represented and/or advised clients in close to 10 international arbitrations under the ICC Rules and the SCC Rules. The relevant agreements have been governed by Norwegian law.

Co-counsel on M&A disputes and disputes under shareholder agreements.

Corporate Transactions and Investor Disputes
Publications
Co-author and responsible for updating the Bilateral Investment Treaty Overview for Norway on the Oxford University.

Norwegian Law Commentary: Chapter 27, 28 and 36 of the Norwegian Dispute Act.

"When a One Man Corporation Forgets to Take Out Occupational Injury Insurance for its Only Employee (Rt 2010 p. 93), Norwegian Tort Law Review (2010).