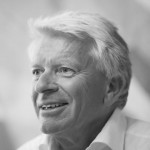 Extensive experience as counsel and arbitrator in international institutional (ICC, SCC) and ad hoc arbitrations, including assignments in the oil, gas and offshore sector.

Experience as mediator in disputes.

Consultant to the Ministry of Justice, Legislative Departement, 1979 - 1981.

Research assistant at the Center for Computer and Law, University of Oslo, 1974 - 1979.

Chair of the Bergesen Foundation since 2006.

Chair of the complaint commitee established pursuant to the Norwegian Security Act since 2006.

Chair of the complaint commitee established by the pharmaceutical industry in Norway for the marketing of pharmaceuticals since 2006.

Publications
Published various articles about legal information and retrieval systems.Co-author together with professor Geir Woxholth of "Ethics for lawyers", Gyldendal 2003